Today was a day of travel. We slept in a bit, ate breakfast at the hotel and departed Chicago. We decided last night that we would take an eastern route, going through some cities and towns we had never been through. First stop, Indianapolis, IN, where we had lunch at The Tamale Place — home of the half pound tamale. We chose this based on Guy Fieri’s Diners, Drive-ins and Dives, which had featured the place on the show. Never thought we would ever say that Indy could have the best tamale . . . but we have to now. Best. Tamale. Ever. Once we were sufficiently stuffed, we drove past the world famous Indianapolis Motor Speedway. Our destination was Nashville, which took us through beautiful Kentucky. It was picturesque. Our evening ended with a brisk 2 mike walk at a wonderful local park that was located very close to our hotel. The park was built around a fort and plantation home from the 18th century. 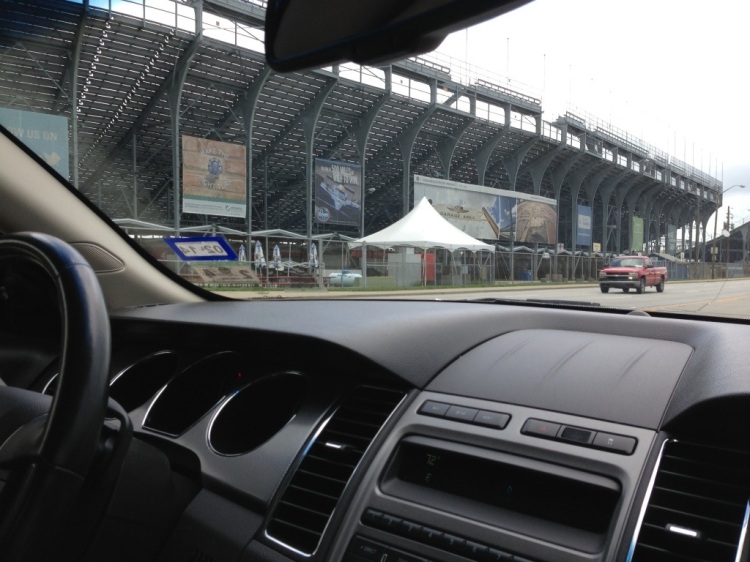